Climate scientists at the University of Reading have played a leading role in the latest Intergovernmental Panel on Climate Change (IPCC) report. Published in August 2021 to worldwide attention, the report warns that damaging effects of climate change are already being seen across the globe.

This report warns that devastating flooding, heatwaves and wildfires like those seen across the world this summer are becoming more frequent and severe due to human-caused greenhouse gas emissions, making urgent action essential.

Climate scientists at the University of Reading have been instrumental in the creation of the latest IPCC report, with six researchers in Reading’s Department of Meteorology being lead authors in the Working Group I report – making the University the most represented institution in the list of Working Group I authors. An additional six scientists at the National Centre for Atmospheric Science (NCAS) – based at Reading – were contributing authors whilst other Reading researchers were involved as reviewers.

What the experts had to say

CONNECTED shares what some of our climate scientists had to say following the release of the report.

Professor Richard Allan, climate scientist at the University of Reading, and lead author of Chapter 8 and contributing author on Chapter 11 of the report, said: “The newly assessed science is clear that without rapid and sustained cuts in human-caused greenhouse gas emissions, water cycle extremes will continue to intensify with further increases in global surface temperature, along with an increased severity of associated flooding and drought events.

“There is strengthened evidence that human-caused warming of climate is intensifying the global water cycle, including its variability and the severity of very wet and very dry weather and climate events affecting all regions.”

Professor Nigel Arnell, climate scientist at the University of Reading, and a lead author for Chapter 12 of the report, said: “The latest IPCC report confirms that human activities have changed our climate and led to the more frequent heatwaves, floods, droughts and wildfires that we have seen recently. The evidence is incontrovertible.

“The report also shows that impacts will continue to increase virtually everywhere, and only by major reductions in emissions – achieving net zero – will there be a chance of meeting the internationally-agreed climate targets.

“We now have a greater understanding of how quickly risks will change, and several very damaging plausible ‘worst case’ scenarios cannot be ruled out.”

Professor William Collins, Professor of Meteorology at the University of Reading, and lead author for Chapter 7, said: “This report details the climate changes in heatwaves and extreme rainfall that we have already experienced due to our emissions of greenhouse gases. These levels of carbon dioxide have not been seen in the last two million years.

“Most of this warming has been caused by carbon dioxide, but a new finding is that a substantial fraction [around half a degree] has been due to emissions of methane, which comes from sources such as oil and gas drilling and agriculture.

“The report tells us that rapid and sustained reduction in carbon dioxide and methane are needed to have a chance to meet the Paris Agreement goals of limiting temperature increases to 1.5 degrees. Reducing methane is also shown to have an additional benefit of improving air quality, and would counteract any future warming due to reductions in other [cooling] air pollutants such as aerosols.

“So the report highlights a combined approach on climate and air quality that will give us a win-win, making the air cleaner to breathe and limiting climate warming.”

University of Reading experts and the IPCC report leave no doubt that urgent action is needed now. Which is why the University has launched a campaign – Partnering For The Planet – to champion environmental sustainability through world-leading research and practical action.

Discover how the University of Reading is partnering for the planet. 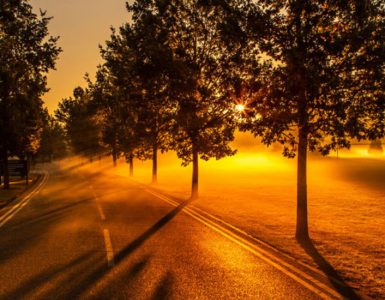 The University of Reading is known for its beautiful, leafy campuses. However, in recent years, significant progress in lowering their carbon footprint now means they are green in more ways than one.  This week... 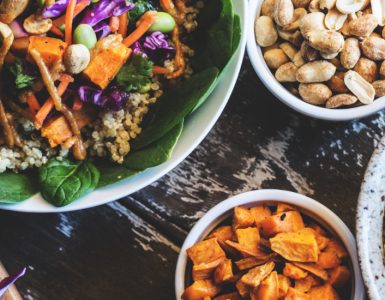 Food For The Future

Matt Tebbit, Reading graduate and Head of Bars and Dining at the University, tells CONNECTED how thousands more environmentally-friendly plant-based recipes have been added to our campus menus as part of Reading’s proud...