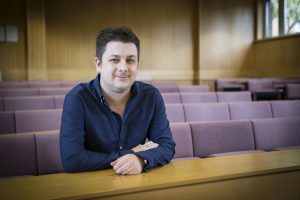 In line with the Equality Act (2010) and Department of Health (2011), sexual orientation needs to be considered in the training of the psychological workforce. Since 2011, I have been developing clinical teaching on sexual orientation with student satisfaction rates of 95-100%. This blog details my journey in the continual development of this training.

As part of the BPS PWP national curriculum, we need to have excellent standards of Diversity and Inclusion teaching. This is contained within the Values, Employment and Context module (PY3VEC1 and PYMVEC) in both PWP training programmes at the University.  I was tasked, by the Director of Training in the Charlie Waller Institute (CWI), to create teaching on sexual orientation as this was previously not included in the module overview.

The second step was to explore national policies and approaches, i.e. Department of Health (2011), to supporting individuals who identify as LGB.  It was interesting to see that data collection for sexual orientation is disproportionally under-collected compared to other protected characteristics e.g. race, age, within the Equality Act (2010). This was concerning as data by sexual orientation is not well understood, yet LGB individuals are at a higher risk of developing a mental health problem as well as risk taking behaviours.

The final step was to create a training session that incorporated current literature, tied to national policy, which clearly highlighted how we can work with sexual orientation within clinical practice, such as considering risk as well as appropriate signposting.

The student satisfaction scores were overwhelming positive with comments such as ‘this training is awesome’ and ‘this training really made me think about sexual orientation, and I hadn’t thought about it before’.  The training has now also been delivered to High Intensity Cognitive Behavioural Therapists in CWI as well as at the National British Association of Behavioural and Cognitive Psychotherapies Conference at Imperial College, London. Overall, I think that the activity did meet the objectives however, an unexpected outcome was the need to publish the key factors of this training session to better inform the wider workforce.

The continual review and updating of this session made sure that it is still relevant for each cohort and meets the requirements of the national curriculum. One large factor that led to the success of this activity was the engagement and contribution of the students. Each time I deliver this session, there are different viewpoints, which challenge my thinking, and this is so valuable for me to develop as a clinician and as an academic.

In relation to better implementation, the earlier versions of the session did not include very much on multi-discrimination and so, it now includes discussion points on considering intersectionality within our clinical practice. This has been received well by students and further promotes critical thinking. It also ties more closely with the intersectionality inclusion aims of Stonewall, Europe’s largest LGBT+ charity.

I have now been approached by the Director of Children and Young Persons (CYP) programmes in CWI to consider how sexual orientation training can be delivered to CYP clinicians. This will be an interesting task as I will need to consider generational differences as well as how my work can be applied to a different group of clinicians.