With live football currently on pause, football fans looking for something else to do during lockdown are being asked to help with research into whether players are getting taller.

Sports economist Dr James Reade and historian Professor Adrian Bell from the University of Reading speak to CONNECTED about their research and why they need the help of football fans everywhere.

Are footballers getting taller?

It is thought that football players have increased in height since the professional game was established in the mid-nineteenth century. Dr Reade and Professor Bell, alongside colleagues from the University of South Australia and Ohio State University, are seeking to demonstrate that this is the case.

However, there is currently not enough data prior to 1950 to show this conclusively, so now is the time to dig out your old player cards and club albums to see if players are indeed getting taller and fill this gap in the data.

The evolution of the goalpost

Dr Reade and Professor Bell hope to use this data to provide evidence for or against calls to make goals bigger. It will also shed light on whether taller people have an advantage from birth in becoming footballers – and how that advantage has shifted over time, as the general population has become taller.

The data will also enable comparisons to be made over eras and to reveal how players in certain positions have evolved – for instance, to see if midfielders have become shorter, on average, over time. 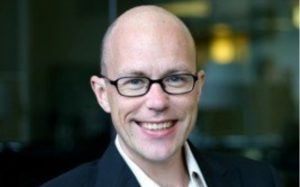 “Modern-day football is a global industry worth billions of pounds in revenue, yet it still uses laws on goal sizes drawn up in the mid-nineteenth century.

“We suspect that footballers’ body shapes have changed, with more emphasis on fitness and diet, as well as growth in average height in the general population. But up until now, this has never properly been studied among a representative sample of professional footballers.”

Football laws created by the newly-formed Football Association in 1863 stipulated that goalposts should be 8 yards (7.2m) apart. The addition of a crossbar was not made mandatory until 1882, and this was required to be 8ft (2.44m) above the ground.

Some plans have been drawn up in the past to increase the size of goals. In 1996, then-FIFA President Sepp Blatter publicly questioned the size of goals, arguing they should be made 50cm wider and 25cm taller. However, this plan was scrapped due to opposition. 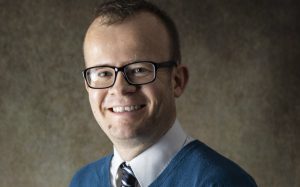 Dr Reade adds: “Making goals bigger to increase the number of goals scored in matches has been a serious suggestion in recent years. Other rules have changed, so it is not inconceivable that this might happen. If governing bodies do want to use changing player sizes as justification, it’s important that such decisions are based on solid data.

“We need the help of football fans everywhere to uncover this data. The more heights we collect, the clearer we’ll be on whether players really have got taller, and by how much.”

Fans wishing to contribute to the new project should submit observations of the heights of professional players at any club in the world from between 1870 and 1950. These are often found on collectible football cards, club year books and other publications.

For an example of a celebrity player, it is claimed that Sir Arthur Conan Doyle, the creator of Sherlock Holmes, was goalkeeper for Portsmouth FC in 1891, playing under the name A.C. Smith, and was 6’1’’ in height.

Part of this article was first published in The Conversation on 9 April 2020.