Reading alumna and the University’s Distinguished Graduate of the Year 2019, Joanna Abeyie, is awarded an MBE on the Queen’s New Year Honours list for services to diversity in the media and creative industries.

Back in the summer, Joanna, an award-winning entrepreneur and champion of diversity, inclusion and equality was named Distinguished Graduate of the Year for 2019, in recognition of her work helping organisations diversify their workforce and leadership to better represent society. 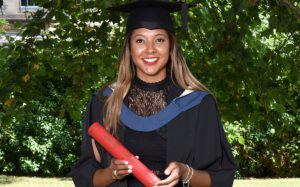 Graduating from Reading in 2008 with a BA in English and Sociology, Joanna has since launched Blue Moon, the latest of a series of consultancy and recruitment enterprises created to help organisations source talent from BAME and working-class backgrounds. Blue Moon enables businesses to be more successful through having representative workforces that reflect an increasingly diverse society. Her work has included advising the likes of the BBC, ITV, Sky, Facebook and Barclays, and has seen her recognised by the Prime Minister and the Mayor of London.

Alongside Joanna, Professor Ed Hawkins was also awarded an MBE in the New Year’s Honours list for his services to climate science and science communication. Here at Reading, we are proud to see what these two individuals have already achieved in their careers and are glad to see them be recognised at the highest level. 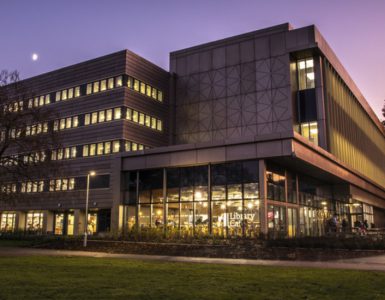