Job Hunting In A Pandemic

Jay Russell, Campus Jobs Manager, shares with CONNECTED the continued struggle students are facing to secure part-time work and essential income, and the difficult situation the current job market is leaving some of our students in. 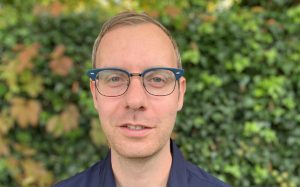 Campus Jobs is the University of Reading’s portal for advertising and managing part-time, on-campus jobs. Jay told CONNECTED that 35,000 less hours were worked through Campus Jobs this year compared with last year.

He said: “It really puts into stark perspective how many students have been negatively impacted by the loss of part-time work, and therefore the loss of income, due to the pandemic.”

Jay describes how the majority of on-campus, part-time work stopped abruptly during lockdown due to the closure of bars and cafes.

“We used the furlough scheme to support 507 Campus Jobs workers from the end of March through to 31 July when their contracts with us ended, paying £354,000 to these students through the scheme. Using the scheme to compensate our workers was the right thing to do and our students were hugely appreciative of that.

“We also supported our students by turning jobs into virtual ones wherever possible during lockdown – some of which continues now. For example, our Open Day and UCAS fair ambassadors worked virtual events and our calling ambassadors are now making telephone calls remotely. Our ethos was if it could be done virtually, then it should be, to keep students in work.

“However, the downside of virtual jobs is that they typically result in less hours of paid work. For example, for a UCAS fair we used to pay a student for their travel time as well as the hours at the fair, but that isn’t needed for virtual work.”

Now that the University of Reading’s campus has reopened, Jay explains that some students are back working but it is a very different picture to before the pandemic.

He said: “Some of our student jobs have resumed, for example, our cafes are mostly open again but they are operating on reduced hours and we have less people on shift to accommodate social distancing. We’ve also seen a drop in bar shifts available because they have to close at 10pm. All of this results in reduced income for students.

“We are definitely advertising less jobs than normal at this point in the year, but on a more positive note, we have been able to create student partner roles to support the transition to online learning. We are supplying our students with jobs wherever we can.”

The pandemic has caused the number of applications per job processed through Jay’s team to shoot up, proving that the demand for student work continues.

Jay said: “We advertised a role in our University cafes and bars for just under a month over the summer, which was viewed 1,099 times and received 170 applications. Those numbers wouldn’t be unusual during term, but are exceptional during the summer holidays.

“Now we’ve started the new academic year, we’re still seeing a similar demand. For example, the Alumni & Supporter Engagement Office advertised for a one-day mail assistant – we received 47 applications for this job and we had to close the advert early. That’s exceptional considering it was only a few hours’ work, for a low-level job.”

“The rise in applications for short-term, low-level jobs reflects how the pandemic has knocked students’ confidence, as they haven’t been working over the summer so haven’t built up skills or experience, or have faced many rejections.”

Jay explains that the demand for student work on campus is being exacerbated because there is no work available off-campus.

“Typically we’d have thousands of students working in the town centre but there aren’t any jobs available. As an example, the Oracle shopping centre would normally be advertising lots of part-time jobs, but when I looked today there were zero.

“There’s also a misconception that students benefitted from the recent supermarket recruitment drives. But actually that happened during exams so many students were unable to focus on applying. Supermarkets are now only recruiting for delivery drivers, which requires a UK driving licence and local knowledge, putting students on the back foot. In addition, international students are unable to work as delivery drivers for companies that require them to be self-employed because their visas prevent this.

“Students are also unable to be as flexible as other people – due to attending classes – and they’re now finding themselves at the back of the queue for the type of work that previously only students were interested in.”

As well as seeing the evident student demand through the number of job applications, Jay has also received an increasing number of students contacting him desperately asking for help.

He said: “This year they are desperate. Now students are telling us they need to earn money to afford food or textbooks; telling us their parents have been furloughed and are unable to support them; and that they weren’t able to work over the summer to save the money needed to support them during the academic year.

“Seeing my friends struggling to get part-time jobs is really sad as usually there is plenty of work available on and off campus. But many of these jobs just aren’t available anymore. Students rely on part-time work to pay for essentials, not luxuries.”

Jay adds: “I was astounded to receive emails from students over the summer, who were finding themselves relying on foodbanks, or asking for their P45 so they can apply for job seekers allowance – I’ve never had a student contact me for these reasons before.

“Sadly there are only so many jobs – which is why we end up pointing students to the Student Support Fund – because ultimately many have exhausted their back-up plans and, unable to find work, they have nowhere else to turn.”

Reading’s students are desperately seeking part-time work to support themselves, but it’s just not available right now. The Student Support Fund provides emergency grants to students in unexpected financial crisis; when they have run out of other options and dropping out of university is a very real possibility.

Find out more about our Student Hardship Appeal, or how you can get involved, through the IMAGINE campaign.