Compared to the 1980’s, when HIV emerged and homosexuality was considered a criminal offence, today’s world is shifting, providing hope of creating a safer and more accepting society for all.

As part of LGBT+ History Month, CONNECTED spoke to Reading graduate, Matthew Toresen MBE, about his experience of openly identifying as gay and the inspiration behind his work within the Lesbian, Gay, Bisexual and Transgender (LGBT) community. 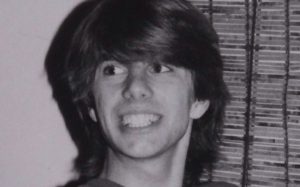 Matthew revealed: “When I decided to come out in 1983 I split up with my girlfriend at the time, Christine. I loved her, but the feelings I was having were so strong that it wasn’t fair not to tell her. I told her I was bisexual because that was the only logic I could make of it then.

“The brilliant thing about Christine is that we’re still in touch and I feel really lucky for that. She came to my wedding with her husband in 2014.

“I had my first same-sex experience when I was 20 – this was risky because the male homosexual age of consent at the time was 21, so I could have been sent to prison. I did have relationships with women at university but I never pretended that I wasn’t interested in men, and that honesty was really important to me, and to them.”

Reflecting on his time at Reading, where he studied a BSc in Zoology with Psychology, Matthew shared that although there was some homophobia amongst the student body, he had a positive experience at university. He said:

“My time at Reading was generally very happy and a period of personal growth. I think back then, perhaps because university was funded, you were able to spend more time finding out who you really were.”

But sadly not all of Matthew’s experiences of coming out were positive. He said: “Mum had a real sense of mourning over grandchildren she wouldn’t have and that made me incredibly sad, but I’ve just never wanted children of my own. And when I first visited home after coming out, one of my brothers told me to use a certain towel because he didn’t want to catch HIV.”

Matthew explained that it was these perceptions that inspired him to do something to help make the world a fairer place:

“As a fledgling gay man I was fascinated by what was hitting our community. After graduating from Reading I got a job as a volunteer at a HIV charity, before working for Yorkshire MESMAC in Leeds – one of the largest sexual health organisations in the country – for ten years.”

In the late 1980’s Matthew had his first experience in the campaigning world. A Local Government Act – Section 28 – was brought in to prohibit the promotion of homosexuality by local authorities, which understandably caused mass protests by the LGBT community. Matthew published a series of photographic portraits for the creative industries in response to the act.

During this time, he met high profile campaigners like Peter Tatchell, Ian McKellen and Michael Cashman, who were all campaigning to get the law changed. He said: “We all risked being arrested, but we knew we had to make a stand and just go for it.”

In 2010 Matthew continued his fight for equality by publicly supporting the Equal Love campaign, where he challenged the ban on gay marriage and heterosexual civil partnerships.

He explained: “I got to know Peter Tatchell through my series of photographs back in 1987 and after that we became friends. I spotted Peter’s call-out for couples to be part of a campaign called Equal Love, and me and my future husband, Scott, decided to support the cause.

“As part of the campaign we had to register ourselves for a marriage at Northampton Registration Office, but because gay marriage was illegal at the time they had to turn us away even though they supported the campaign.

“We put in a petition to the European Court of Human Rights, but then the government suddenly changed their position to be supportive of equal marriage. Lots of other organisations like Stonewall were also campaigning and together I think there was enough pressure for the law to change. 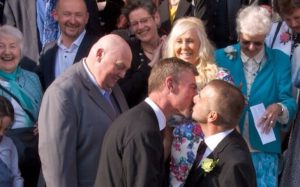 “Northampton Registration Office then offered us one of the first marriage ceremonies, and we got married on the day the law was changed on 29 March 2014.

“I didn’t think getting married would make any difference because Scott and I had been together for so long by that point, but it really did. It took me a couple of years to get used to saying ‘my husband’ but now I think it’s a really powerful thing to say.”

But despite the law change, Matthew and Scott continued to face challenges. Matthew revealed: “My boss at the time refused to come to our wedding as she felt it would compromise her relationship with God. We worked together for years so it came as quite a shock and I was very hurt by it.”

In 2016, Matthew was awarded an MBE for his Services to LGBT Equality. He reflected: “It’s quite amazing. Even in my little lifetime we’ve gone full circle – from being a potential criminal to being invited to Buckingham Palace to receive an MBE.

“Being given this award really meant a lot to me because the work that I do has been my whole world since I came out.”

About 18 months ago, Matthew secured a job at Northamptonshire Police as a Positive Action Officer where he is responsible for diversity, equality and inclusion within the force.

He said: “I had never considered working for the police – they used to be seen as the enemy – and today, there’s still a perception that if you’re from a minority ethnic group you’re more likely to be targeted by the police. So I decided to join the force to try and turn those perceptions around and build trust within the community.

“We’re currently looking at why joining the police force isn’t seen as positively as going into law or becoming a doctor, and we’re also exploring our internal processes asking questions like are there barriers to progression?”

Matthew explained that looking at those issues and finding ways to address them go hand-in–hand: “A lot of it is just so ingrained into ways of working. There’s never been a shortage of white men wanting to join the police force, the problem is changing the pool of those applicants and bringing in talent from other communities.

“We’re not making it easier for underrepresented groups to join the force – positive action is not positive discrimination – what we’re trying to do is take away the barriers that stop them from considering to apply.”

He added: “I think the most frustrating thing is the slow pace of change. You have to change hearts and minds in the community and then convince those people a career in the force is a good idea – and that’s a long business.” 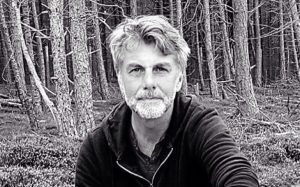 Matthew told CONNECTED the progress that’s been made to address some of the LGBT+ issues society has faced has been overwhelming, from the age of consent being equalised, to removing the bans on the armed forces and adoption. However, he added that “society still isn’t a safe place for many young people to come out.”

He explained that transgender issues are the latest challenges that society faces: “When people saw it as men and women just changing their gender they could get their heads around it, but now that people are identifying as gender fluid or non-binary people are struggling with it.

“We need to shake up and really challenge outdated narratives, and gender fluidity is really pushing that into the public arena in a way that’s quite exciting.”

Turning to his aspirations for the future, Matthew said: “My hope is that everything that I and my peers fought hard for becomes so normalised that it isn’t even challenged.

“Before I came out, if I could have hit a button to make myself straight I would have hit it – I wanted to be like everyone else. But now if you gave me that choice I wouldn’t hit the button.

“People buy into the narratives that the media portrays. Back in the 80’s the way that HIV was represented was disgusting. Nowadays it’s great to see more representation of LGBT communities in the media – something which I think will be key in normalising perceptions for generations to come.”

Be curious and open

Finally, Matthew offers his advice for supporting someone who might be coming out for the first time.

He said: “If someone you know comes out to you, please see that as a huge privilege. They have trusted you and they are testing the water. Your reaction will impact their experience going forward.

“My advice is simple: accept it in an open and curious way. Often the person coming out needs to talk about it because they’ve been churning it around and around in their heads – probably for years.

“When you say it out loud it hits you in a visceral way – you feel it in your heart, in your stomach, your throat begins to close up, and it becomes real. If someone is shut down when they come out, it can be devastating.

“Just giving someone the space to be able to talk is a gift. They will never forget you for it, I can promise you that.”

Discover how our other incredible alumni have been making a difference in the LGBT+ community.