Ahead of the University’s Climate Education Summit on 15 September, CONNECTED takes a closer look at three alumni who are participating in the Summit. 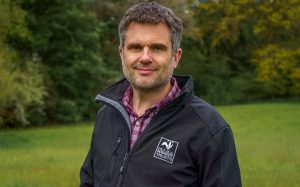 Craig is the Chief Executive Officer (CEO) at The Wildlife Trusts and will be the speaker at the Keynote Plenary Session 2.

Craig became CEO of The Wildlife Trusts in April 2020. He has been described as “one of the country’s top environmental campaigners”, by The Guardian as “the very model of a modern eco-general”, and has been listed as one of the UK’s top “social media CEOs”.

Craig was previously CEO of Friends of the Earth, where he refocused the organisation on empowering communities to take action and tackle the climate and ecological crisis.

He studied geography at the University of Reading and is Honorary Professor of Sustainability and Innovation at Alliance Manchester Business School.

Watch this video to find out why Craig is taking part in the Climate Education Summit. 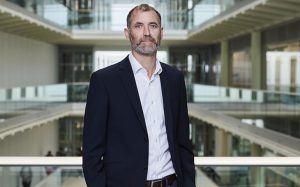 Tom is a broadcast Science Editor, currently working for ITV News, and will be the Q&A Moderator for the Summit’s Keynote Plenary Session 1.

Tom studied zoology at Reading before beginning his career covering science and the environment at the science journal, Nature. He went on to become a Science Correspondent at ITN, first with Channel 4 News, then ITV News.

He has covered four global climate summits and reported on climate impacts, policies and possible solutions at home and around the world.

At the end of September 2021, he is taking up a new role as Science and Technology Editor at Sky News.

Watch this video to find out why Tom is taking part in the Climate Education Summit. 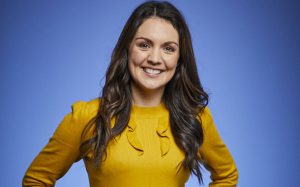 Laura is a broadcast Meteorologist, currently presenting the daily weather forecast on ITV’s Good Morning Britain, and will be the Q&A Moderator for the Summit’s Keynote Plenary Session 2.

Laura studied physics and meteorology at the University of Reading before graduating and joining the Met Office on the forecaster training programme. Her first forecasting job was at RAF Brize Norton where she forecast hazardous weather for pilots flying all over the world. She then joined the BBC Weather Centre where she forecast weather across TV, radio and online. She has been presenting the weather on breakfast television for nine years to millions of people.

As well as weather, she focuses on as much science as possible, from climate change to space. In 2020, she visited NASA’s Houston Space Center to interview astronauts about the new Artemis mission to send the first woman and next man to the moon.

Watch this video to find out why Laura is taking part in the Climate Education Summit.

Book your free place at the Climate Education Summit, submit a question to the panel, or let us know what you think is needed from climate education.