“Even if climate change didn’t exist, urgent action would still be needed to protect the world’s ecosystems. With human numbers rising, we are threatening and destroying the environment on an unprecedented scale and we all have a responsibility to recognise this and act now.” 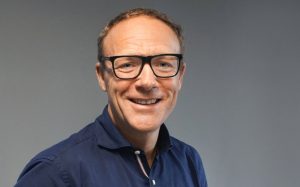 These words from Reading graduate, Mark Jones, are a stark reminder that we are all accountable for our actions and it is down to us to make change happen if we want to secure our planet for future generations.

Mark studied BSc Geography and Economics (Regional Science) at Reading. “I chose the University because of the course and the people driving it,” he shared. “And after visiting the campus and meeting the staff I knew it was where I would study.

“Reading had a great social scene and the Library was a fantastic place to study. The course was revolutionary – and the URS building, where most of my lectures were based, was made up of a diverse community that I learnt a lot from and the academics leading my course were dedicated to supporting us in achieving our goals,” he reflected.

Although graduating from university – in his own words – “a lot wiser than before”, Mark acknowledged he still had a lot to master and decided to embark on a career in the energy investment sector.

Mark began his career at HSBC and spent almost ten years advising on international energy projects and investments. “Through travelling extensively with the firm, I discovered the value in understanding the positive and negative impacts investment can have both locally and nationally,” he shared. “These were really important skills that I’ve carried with me throughout my career.”

His next major move saw him become a senior executive in GE Capital’s Energy Division where he developed businesses in wind, thermal generation, and gas and electrics across several continents – and in 2013 – he joined the Dutch turbine manufacturer EWT as their Chief Executive Officer (CEO). At EWT Mark was responsible for the turnaround and subsequent expansion of the business across the UK, Continental Europe and the Americas.

“Not only did we achieve some great successes during my time at EWT, but most importantly I learnt a lot about the benefits of growing a global multidisciplinary team, experimenting with hackathons, exploring high-tech innovation, understanding the global supply chain and the importance of sustainable investing,” he reflected.

Five years later, Mark was ready for a new challenge and in 2019 joined Ventient Energy, who have become both the largest independently owned onshore wind energy business in Europe and the leading Environmental, Social and Corporate Governance (ESG) company in the sector.

As CEO Mark oversees the businesses’ direction. “Setting a clear vision allows the whole team to align and gives them a sense of purpose alongside their everyday tasks,” he explained.

“And a crucial part to the delivery of our vision is building on our strong financial and non-financial performance. We have been recognised as the ESG leader in the sector for the last three years and we are looking at what we can do to continue to improve in the future – it’s not enough to simply be producing the greenest energy, it’s about thinking innovatively around how you generate that energy and work with your stakeholder ecosystem.”

He added: “It’s also about making decisions to grow the business at the right time in the right locations. Since I joined, we have acquired several major businesses which have helped us to deliver on our strategic goals. One Portuguese business brought in a team as big as our own in the UK, and at the end of 2021, we purchased another business in Spain to support our work in hybridization,” he revealed. “And going forward, these expansions will help us to work on cutting-edge solar and wind projects across one site.”

However, Mark acknowledges that none of this would be possible without a strong and talented team around him.

“Whilst it’s my job to set out our vision and mission, our success is because of our people. We spend a lot of time working on developing our culture, and we recently rebuilt our support structure which involved implementing many team-driven initiatives.”

Reflecting on his career to date, Mark said: “Ultimately, I believe my course choice and the experiences I gained at Reading gave me the courage to pursue my professional ambitions.”

Securing the future of people and the planet

Mark revealed that his mission – “to generate renewable energy to secure the future of people and the planet” – has not always been shared by the masses and it was this lack of understanding in the 2000s that inspired him to take action.

“During a work trip to Germany back in 2005, I spoke to a lot of people about their experiences and reviewed the emerging energy infrastructure,” he explained. “And I came to realise that the sector, both in the UK and internationally, was not on the right track.

“Following the trip, I sought to understand more about renewable solutions and their economic and environmental benefits,” he added. “And since then, a lot of scientific research and societal factors have reinforced the fundamental need for these solutions.

“However, even if climate change didn’t exist, urgent action would still be needed to protect the world’s ecosystems,” Mark shared. “With human numbers rising, we are threatening and destroying the environment on an unprecedented scale and we all have a responsibility to recognise this and act now.”

Mark’s commitment to protecting the environment doesn’t stop at work. On a personal level, he recently decided to adopt a vegetarian diet, support several land and sea-based charities, and became a member of the Long Now Foundation – a non-profit organisation established to foster long-term thinking. 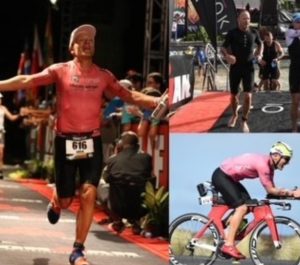 And in March, Mark is going to be travelling to Antarctica as part of the 2041 ClimateForce Expedition team. “The expedition aims to inspire the next generation of activists by shining a light over why it’s so important to take steps to reshape the future,” he explained. “And I feel really fortunate to be a part of that.”

Finally, Mark shares with CONNECTED what his long-term ambitions are. He said:

“At Ventient we have a sustainable growth agenda and I want to ensure that we continue to drive that, carry on empowering my team to achieve their goals – both within the business and beyond – and I’d like to be around long enough to see renewable resources power our planet.

“And lastly, I hope to keep learning and achieving my personal aspirations alongside my career – including competing in another Ironman World Championship, deep diving into new technology, long-term thinking and innovation, and travelling the world.”

Find out more about studying geography and economics at Reading, or discover more about Ventient Energy.